THE MULTISTRADA REIMAGINED AS A CAFE RACER

WE’RE ALWAYS IMPRESSED when a custom motorcycle design is so cohesive, it could easily be a factory effort. Or, at the very least, it has us wishing the factory would produce something similar.

This first-gen Ducati Multistrada illustrates my point wonderfully. The original is anything but cohesive—but somehow Italian shop North East Custom has managed to beat it into shape, producing this fresh take on a contemporary cafe racer. 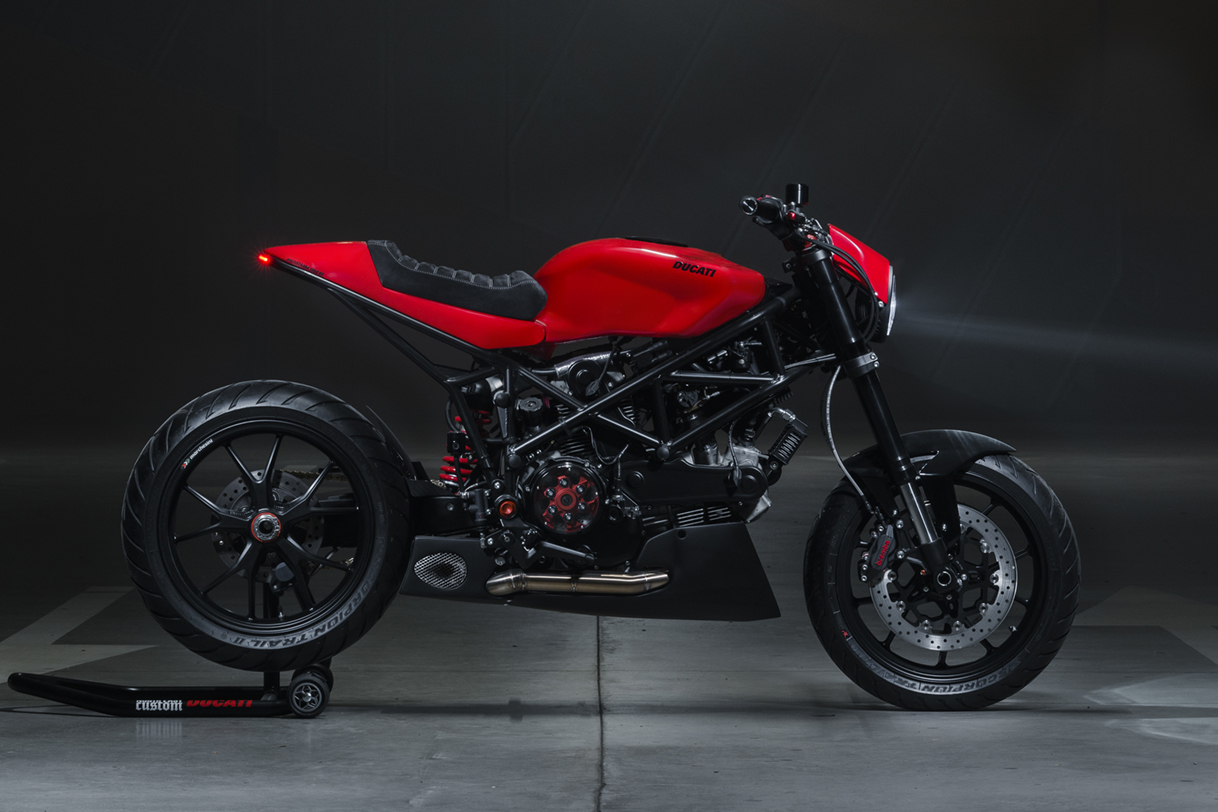 Based in Padua, Italy, North East Custom is manned by brothers Diego and Riccardo Coppiello. For this project, they started with a 2003-model Ducati Multistrada 1000 DS. Their goal: a radical aesthetic transformation, without messing with how it rides or feels.

Why? Because while Pierre Terblanche’s Multistrada design might not have struck a chord with everyone when it came out (read: everyone hated it), riders praised its abilities as a sports tourer. And that fact is not lost on Diego and Riki. 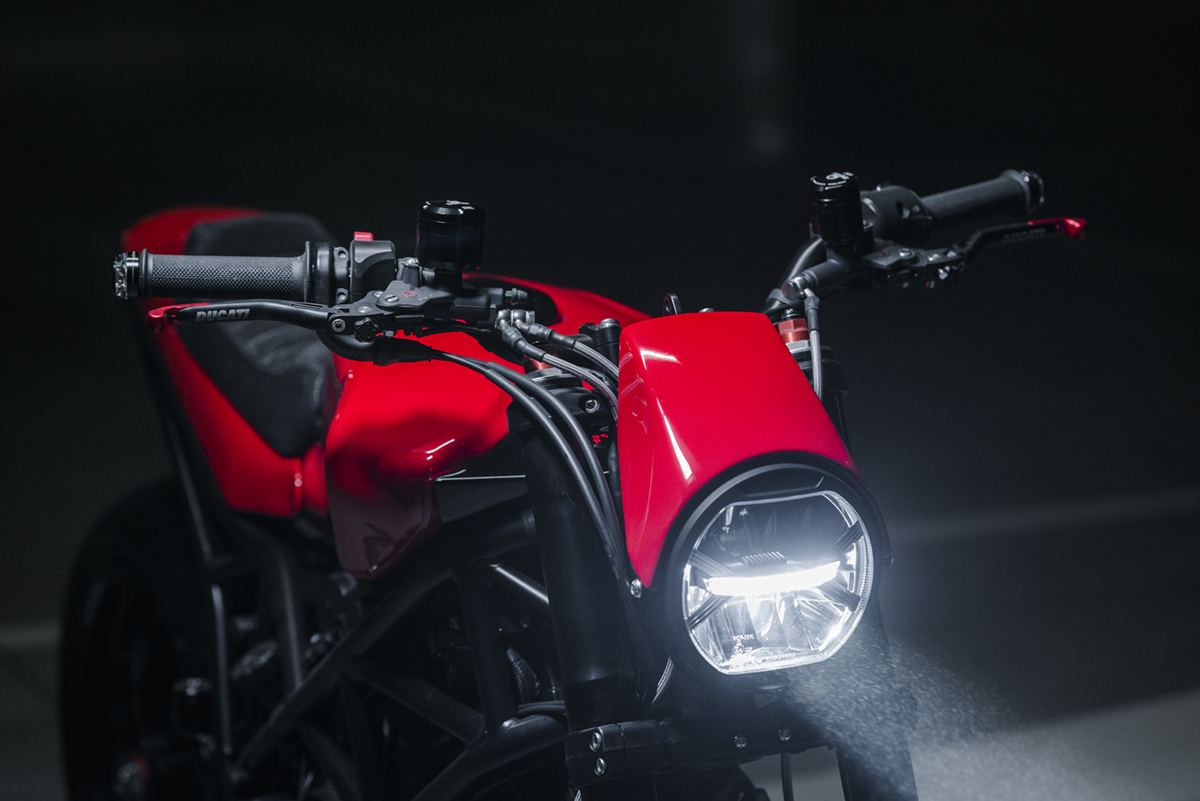 So they opted to leave the Multistrada’s suspension and basic geometry alone, and even made sure that the rider triangle went unchanged from the stock bike.

As for the rest, Diego and Riki shed every last ounce of the original design, while blending in a number of subtle touches from elsewhere in Ducati’s back catalog.

The fuel tank, for example, is from a Ducati 999. North East had to modify its tunnel to mount it up, and retrofitted the Multistrada’s fuel pump.

Right behind it is a custom tailpiece, hand-shaped from steel and well matched to the 999 tank’s contours. It sits on a new subframe, fabricated by the brothers as a natural extension of the Ducati’s distinctive trellis front frame. There’s an LED taillight embedded in the rear, and a solo leather seat up top. 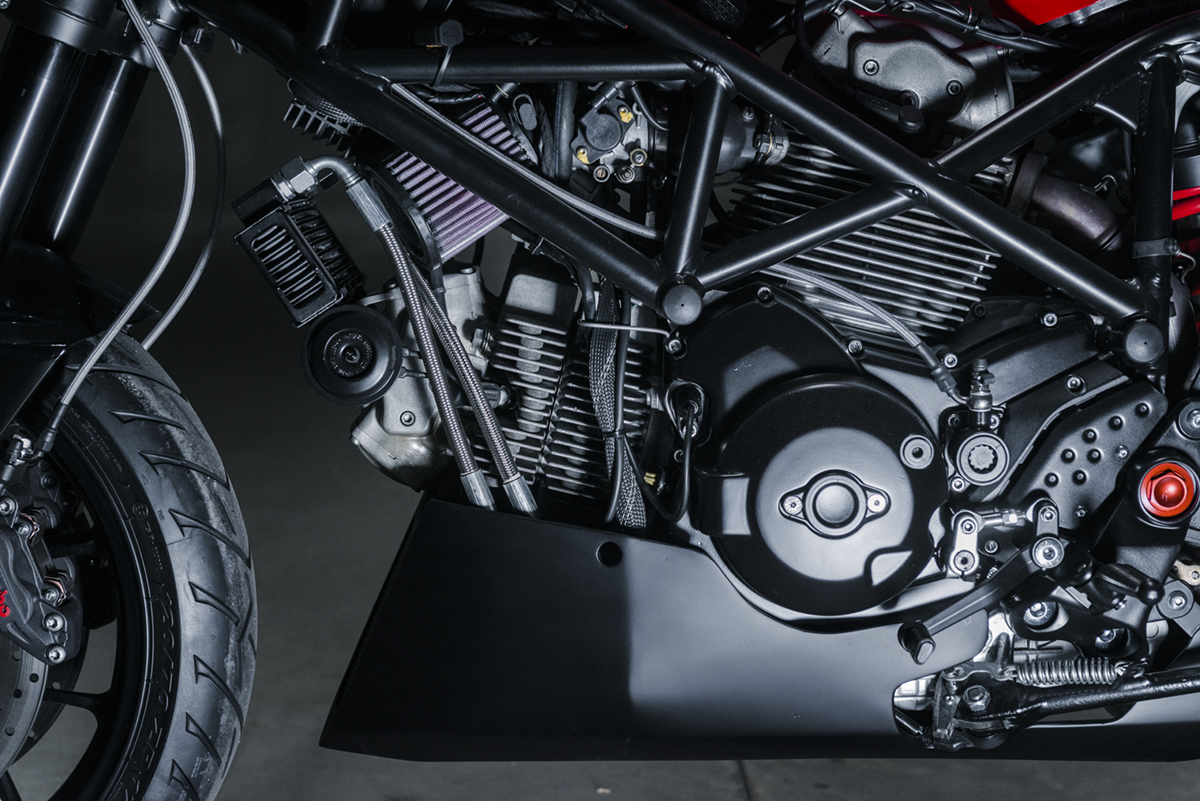 The wheels are off a Ducati Hypermotard, as are the front brake discs, which are matched to the OEM Brembo calipers.

The original Multistrada wheels weren’t the worst things to come out of the early 2000s, but these new hoops add an extremely modern feel to the build. The tires are the Pirelli Scorpion Trail 2—a ‘dual-sport’ tire that’s actually very road biased.

Up top, North East tossed the Multistrada’s goofy split fairing in favor of a Koso LED headlight, with a hand-shaped shroud above it. A lot of electrical bits originally sat in that fairing, so Riki had to redo the wiring to move everything to the small gap just in front of the tank.

The guys then built a small dash to cover that gap, with an integrated motoscope pro instrument from Motogadget. The cockpit’s finished off with new risers and bars, a set of Motogadget bar-end turn signals, upgraded levers and a new brake fluid reservoir.

But it’s what’s going on below that unmistakable L-twin motor that’s really intriguing. North East completely redesigned the exhaust system, and simultaneously built a lower fairing, while integrating the two.

Stainless steel two-into-one headers snake down, and then terminate in a side-exiting muffler, sitting inside a box with a mesh cover. It’s a killer touch, and a great way to take advantage of the Multistrada’s single-sided swingarm setup. 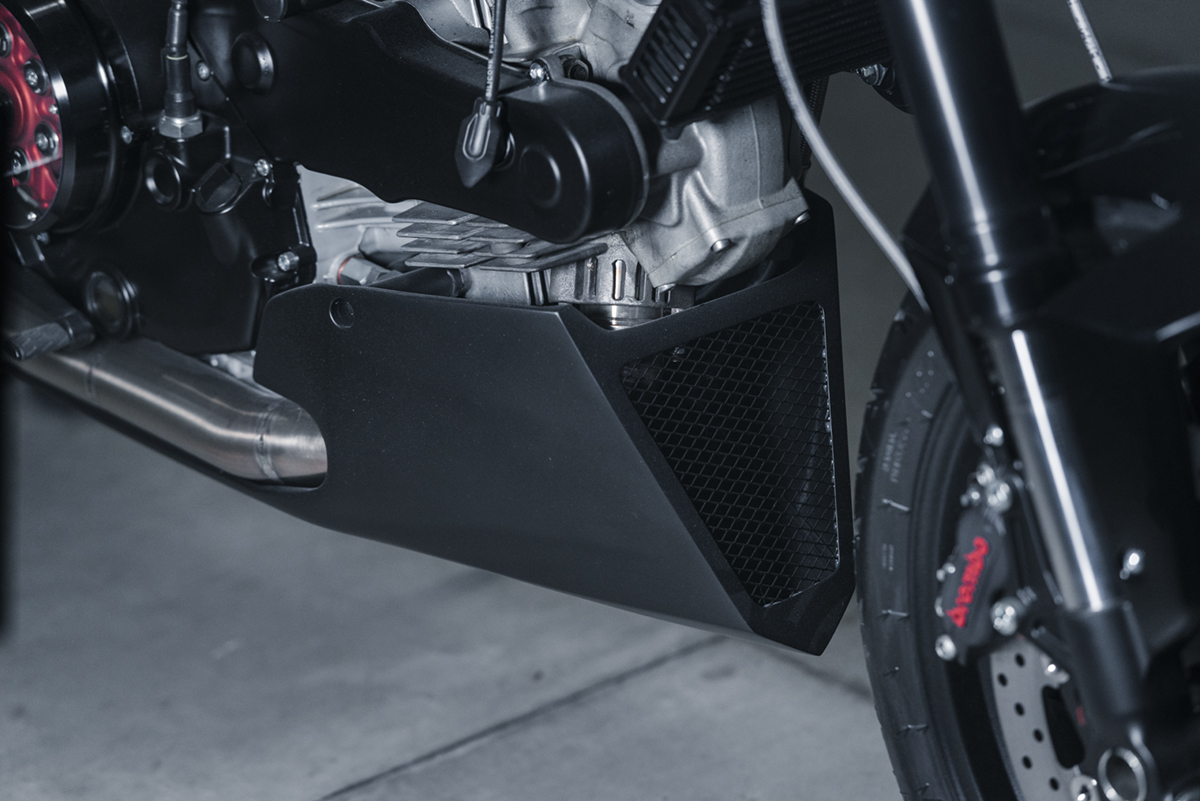 There are smaller details to pick up on too—like the new slipper clutch and clear clutch cover, and the upgraded plumbing for the radiator. The airbox is gone too, and the bike now runs through K&N filters.

As for the paint, Diego and Riki went with the obvious choice: red, with minimal graphics. It might seem clichéd, but it fits when you consider how tidy and tight this Italian roadster is.