NORTH EAST CUSTOM have never been bound to one style. We’ve already seen the Italian outfit build cafe racers and street trackers—but they seem to have the most fun when they’re building scramblers. 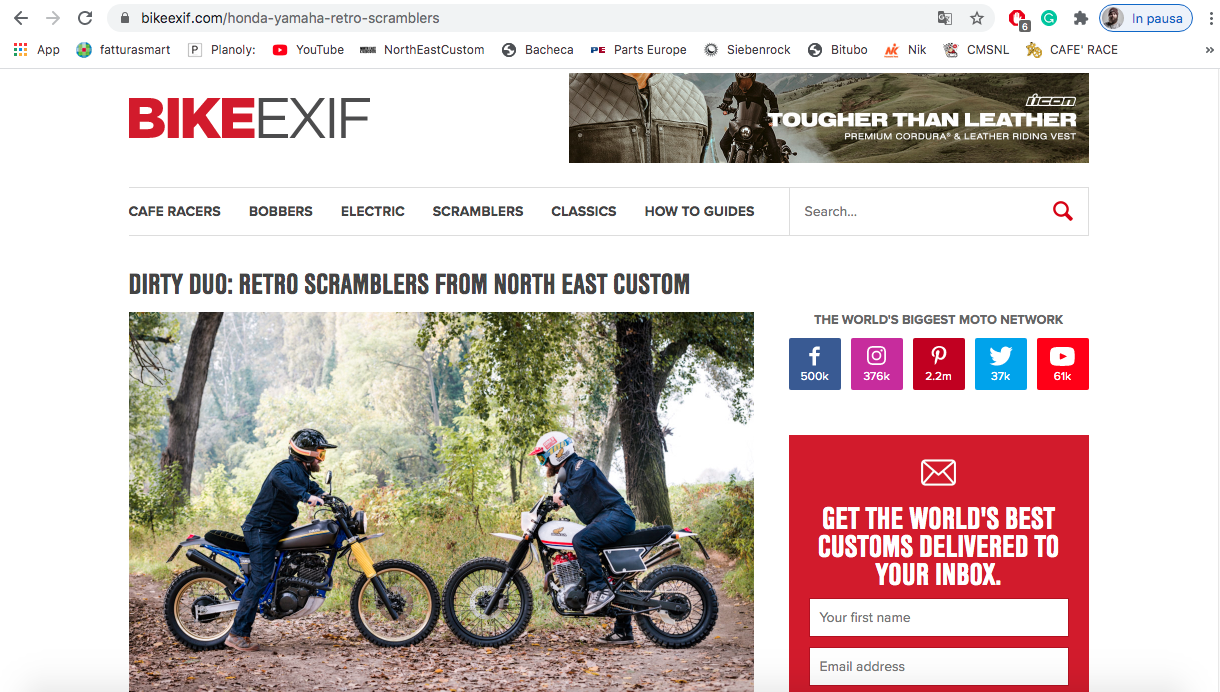 That’s because brothers Diego and Riccardo ‘Riki’ Coppiello are passionate dirt bikers. When I met them at the Italian Wildays festival a few years ago, they spent more time riding the enduro course than they did manning their stand. So when they build out dirt bikes, they’re designed to be functional rather than precious.

These two retro Japanese scramblers are the latest to roll out of North East’s workshop in Padua. The donor bikes arrived at the workshops in very different conditions—but both have been turned into low key, no-frills off-roaders.

The first is a 1989 Honda NX650 Dominator (below) that was destined to be scrapped. So it needed a lot of restoration work—including a full engine rebuild with a new rod, piston, bearings, and head. The engine’s spotless on the outside too now, and breathes through a pod filter.

The second is a 1987 model Yamaha XT600Z Ténéré (below). When it arrived at North East it had a mere 7,000 kilos on the clock, but it hadn’t been started since 1992. Diego and Riki managed to revive it without having to crack open the motor, and gave it the same pod filter conversion as the Honda. 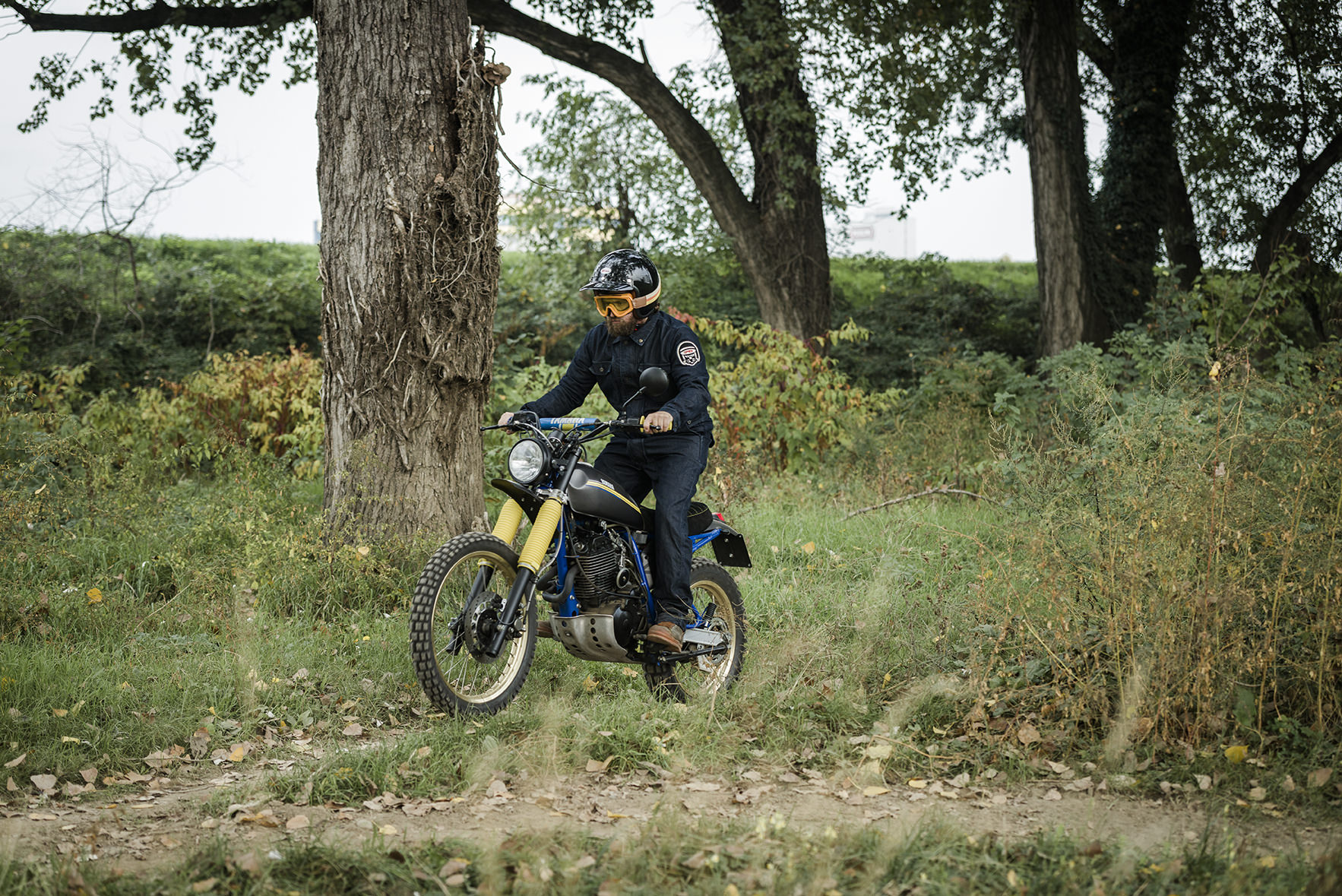 Both bikes were destined to become daily runners—clean and minimal in design, with retro cues. Since there was no need for any major performance boosts, both still run on original suspension, wheels and brakes. But they’ve had a major cosmetic overhaul.

The Dominator now wears a custom-made fuel tank that still uses the original filler cap. North East also built a new aluminum front fender, with a steel fender out back.

The frame’s been modified with a new rear loop (and a bunch of rust cleaned up too), and there’s a generously cushioned seat up top, covered in an eco leather. The side panels are hand-made, while the headlight and shroud are from Acerbis.

Up top you’ll find a set of Tommaselli bars, new grips and a new speedo. The finishing kit is robust and clever, like the foldable mirror, an OEM-like taillight from Mayer USA, and basic turn signals that you won’t cry about if you tip over. A Virex muffler rounds out the build, mounted onto the stock headers. 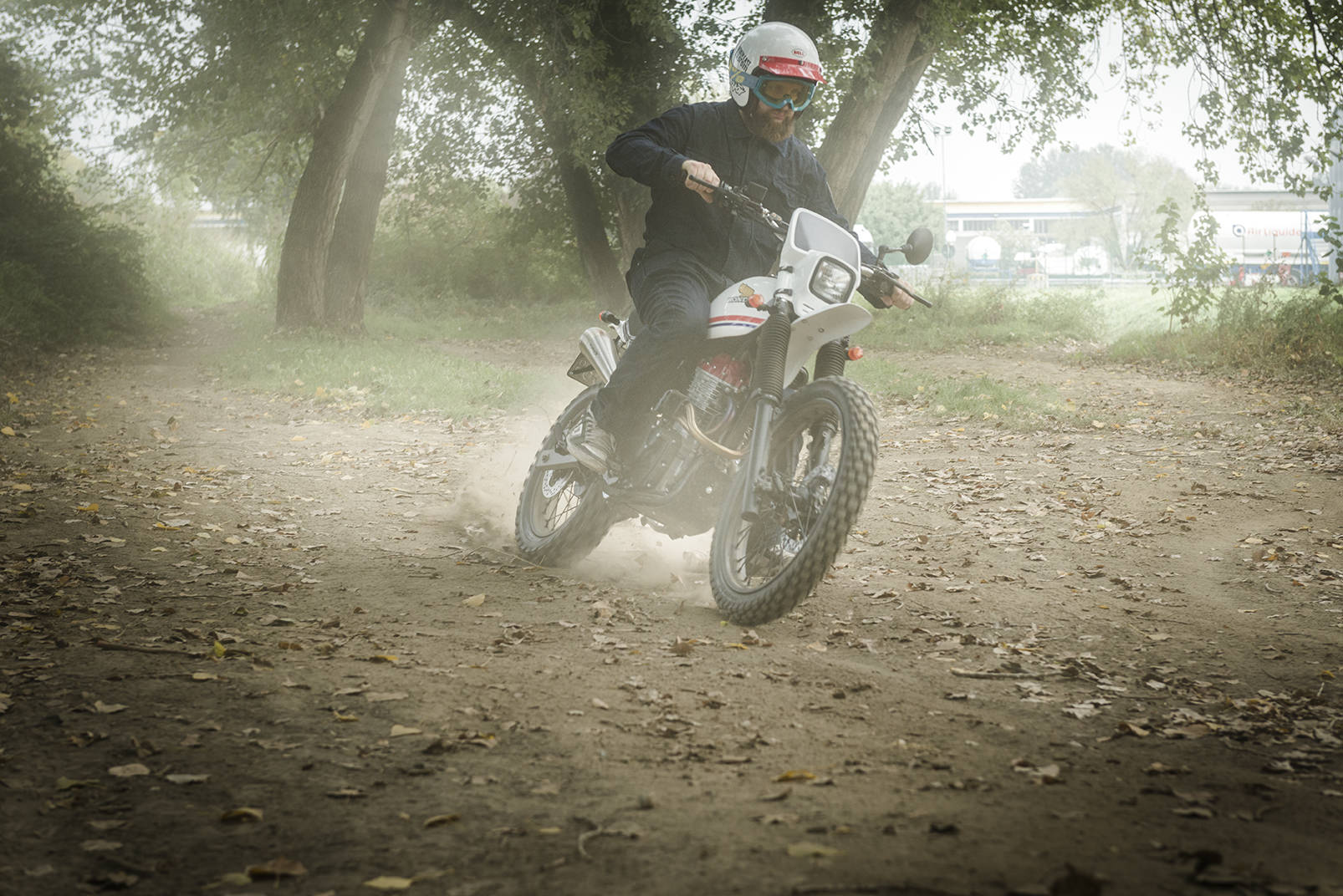 It’s a far cry from the shoddy motorcycle that rolled in. Every last part has been cleaned up and refinished, and the classic Honda colors over the white base add a great retro touch.

North East ditched the Ténéré’s bodywork too, but built it back up slightly differently. It’s sporting an aftermarket Honda CG125-style tank, with hand-made front and rear mudguards.

Its subframe is still original, with a custom leather seat sitting up top. A set of custom-made side panels cover up the ugly bits hiding under the seat.

The guys used a Mayer USA taillight here too, but the headlight’s off an old Honda Four. The turn signals and speedo are new too, and there’s an off-the-shelf reverse cone muffler out back.

Diego and Riki score big points for the Yamaha’s color scheme. They’ve gone for a dark grey base, but have paid homage to the original bike with blue and yellow highlights all over. And we’re giving them extra kudos for the OEM fork gators and bar pad.

At a time when many people around the world aren’t allowed to go outside, these two scramblers are a breath of fresh air. They look great, aren’t complicated, and probably didn’t cost the world to build either.

Only one question remains: which one would you rather be riding right now, and where?