THIS SUNDAY, THE Dakar Rally kicks off again. If you suffer from rally fever but don’t have the stones to actually race through Peruvian deserts, let this Yamaha Super Ténéré be your medicine.

First produced in 1989, the twin cylinder XTZ 750 Super Ténéré was the big brother of the XTZ 660 Ténéré. Both bikes were named after a notoriously difficult, sandstorm-prone section of the Sahara desert, which featured on the Paris-Dakar route in the 1980s. 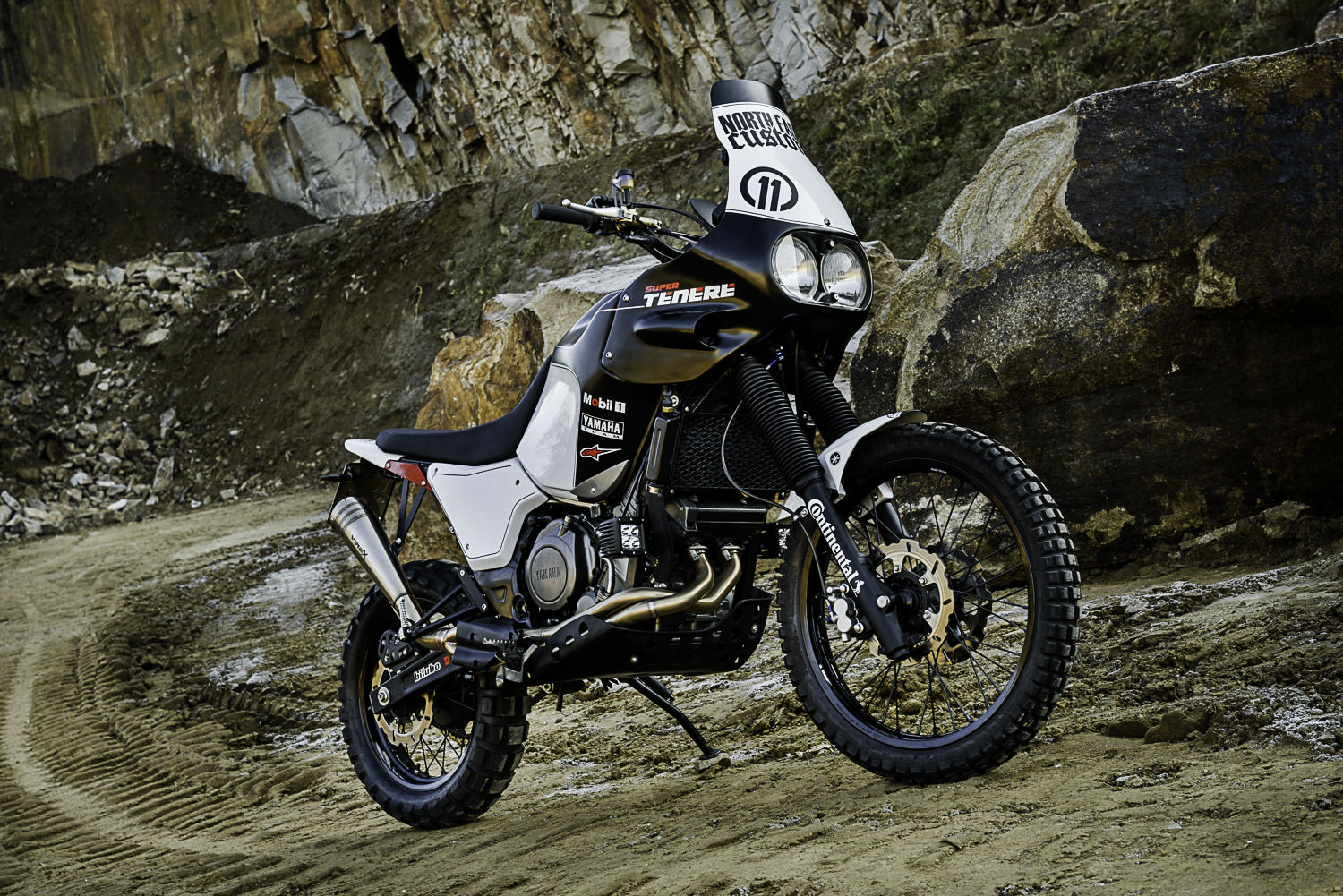 This 1992-model XTZ has been reworked by North East Custom, a shop in Padua run by brothers Diego and Riccardo Coppiello. They’re not twins, but it’s impossible to tell the two bearded Italians apart—and they both like anything with knobbly tires.

So although they don’t exclusively focus on off-roaders, they have a real affinity for the genre. (Their stunning Yamaha XT500 restomod was a showstopper at our Wildays stand last year.)

Here, they took everything good about their customer’s Super Ténéré, and amplified it. “The idea was to bring to life the ‘desert spirit’,” explains Diego, “while adding a fresh touch, to make it more modern and slender.”

The most obvious change is up front. North East have binned the Yamaha’s original fairing in favor of something more svelte, and more akin to modern rally bike designs. The new unit was hand-built using fiberglass, and designed to incorporate the original instruments and headlights, with a new acrylic glass cover to protect the beams. 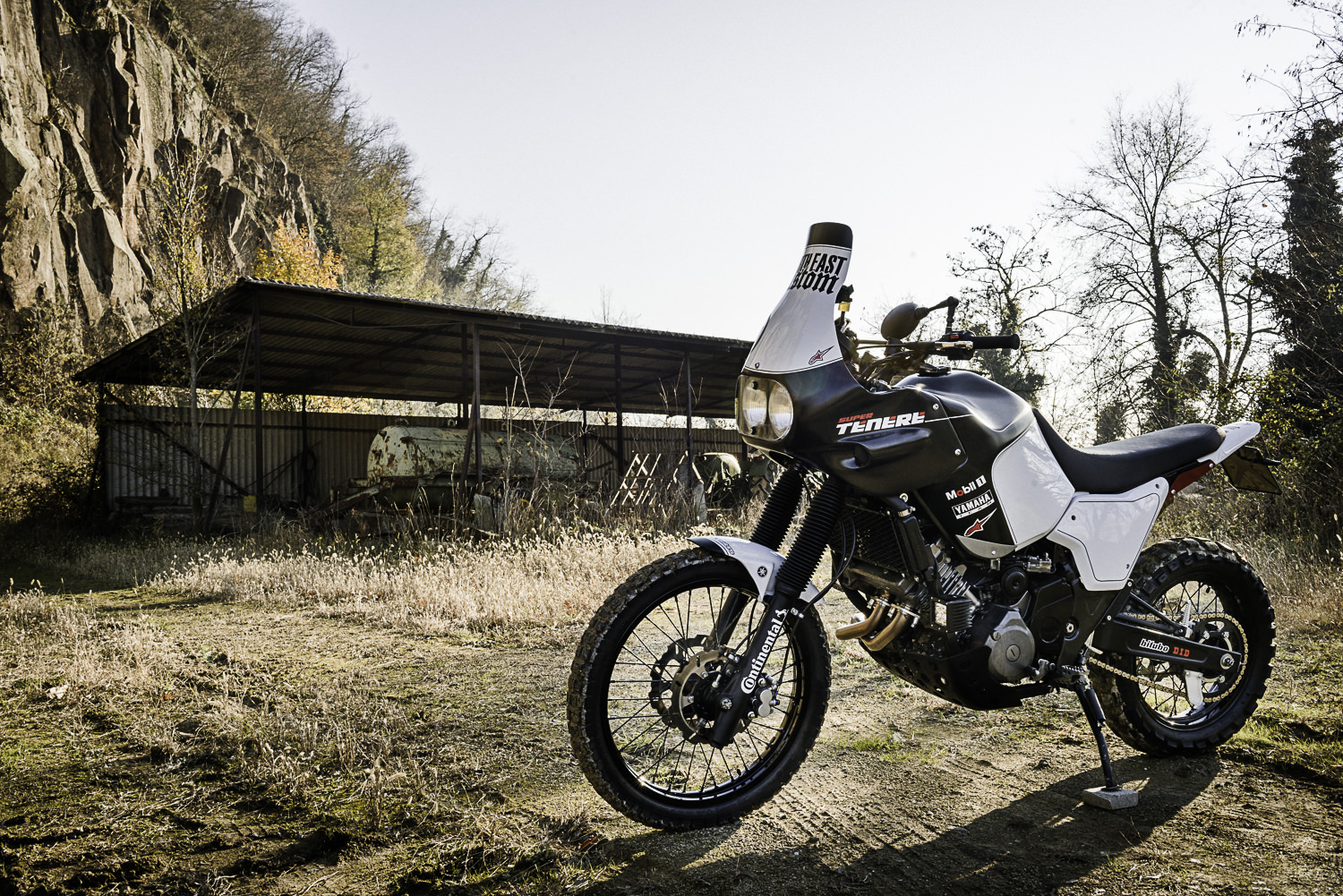 Even though it doesn’t look like it, the Super Ténéré’s practical 26-liter fuel tank is still in play. And Diego and Riccardo designed their new fairing to attach via OEM mounting points, so that they could attach it to any XTZ 750 without any hacking.

All the bodywork further back is custom. North East built new side covers, and a sharp new rear fender. Then they matched it up to a custom saddle—shaped like a modern enduro bike seat and covered in vinyl.

It’s a super-neat arrangement, capped off at the end by a slim LED taillight, and a license plate bracket that also carries a pair of LED turn signals.

Take a look at the space between the side panels and rear fender, and you’ll spot a pair of red plates. Remove those, and you’ll find an array of mounting points that the brothers have welded to the frame, designed to carry a variety of luggage accessories. Clever stuff. 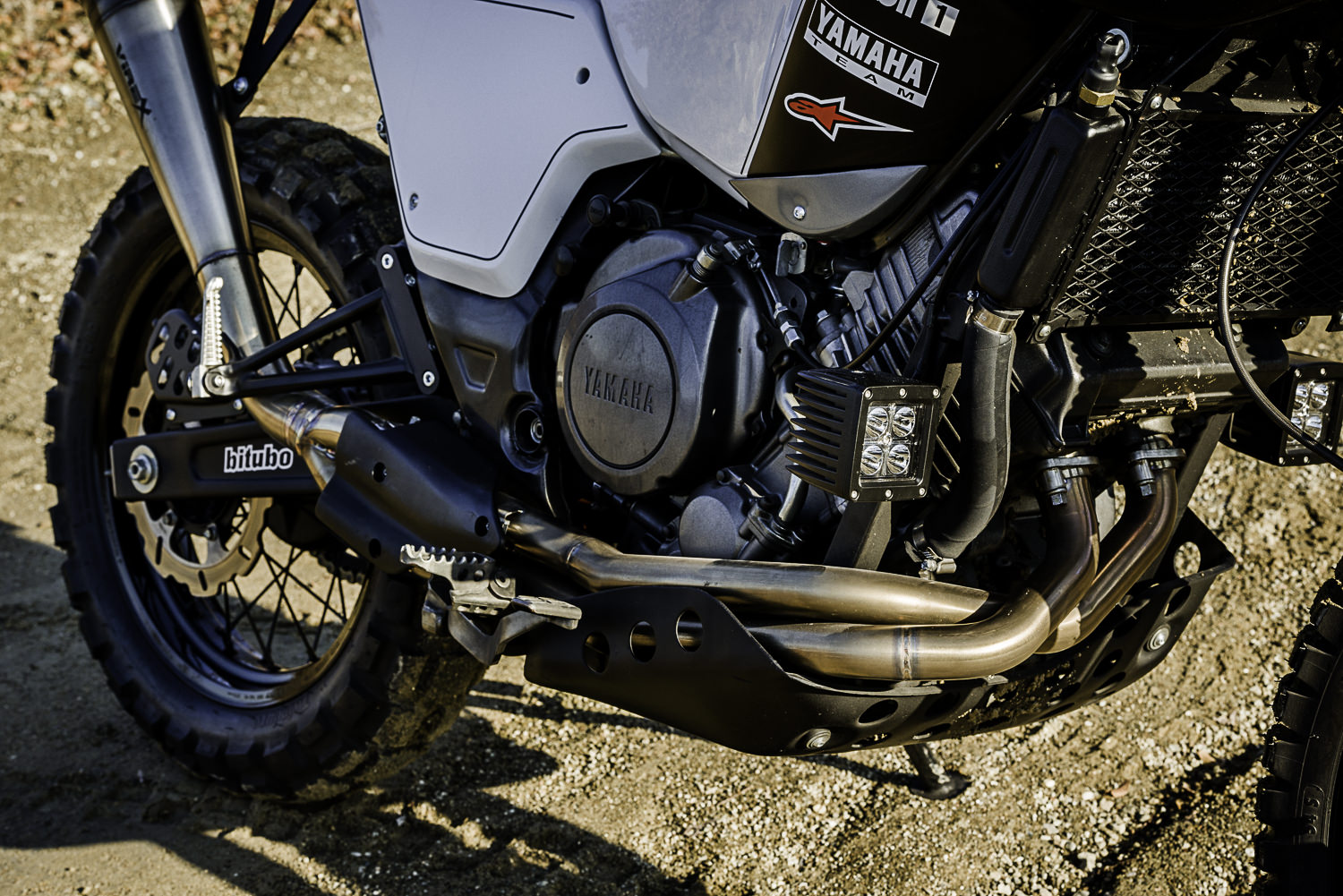 As for the rest of the Super Ténéré, North East have upgraded all the right bits—and left alone the bits that work.

There’s a new Bitubo shock out back, with Bitubo springs giving the front end a boost. The wheels are stock, but wrapped in new Continental TKC80 rubber. And the brakes have been treated to new discs, and a Brembo master cylinder up front.

The motor is stock, but North East put it through some routine maintenance. They also upgraded the air filter to one from K&N, and re-jetted the carbs with a Dynojet kit. The exhaust is a mash-up of Arrow headers and a modified Virex silencer.

North East have taken care of the smaller details too. A pair of spotlights is mounted low down for maximum nighttime visibility, and there’s a single mirror that can fold away when you venture off-road. And since the bike’s not meant for professional rally racing, there’s a Givi phone case and mount where you’d normally find a road book. 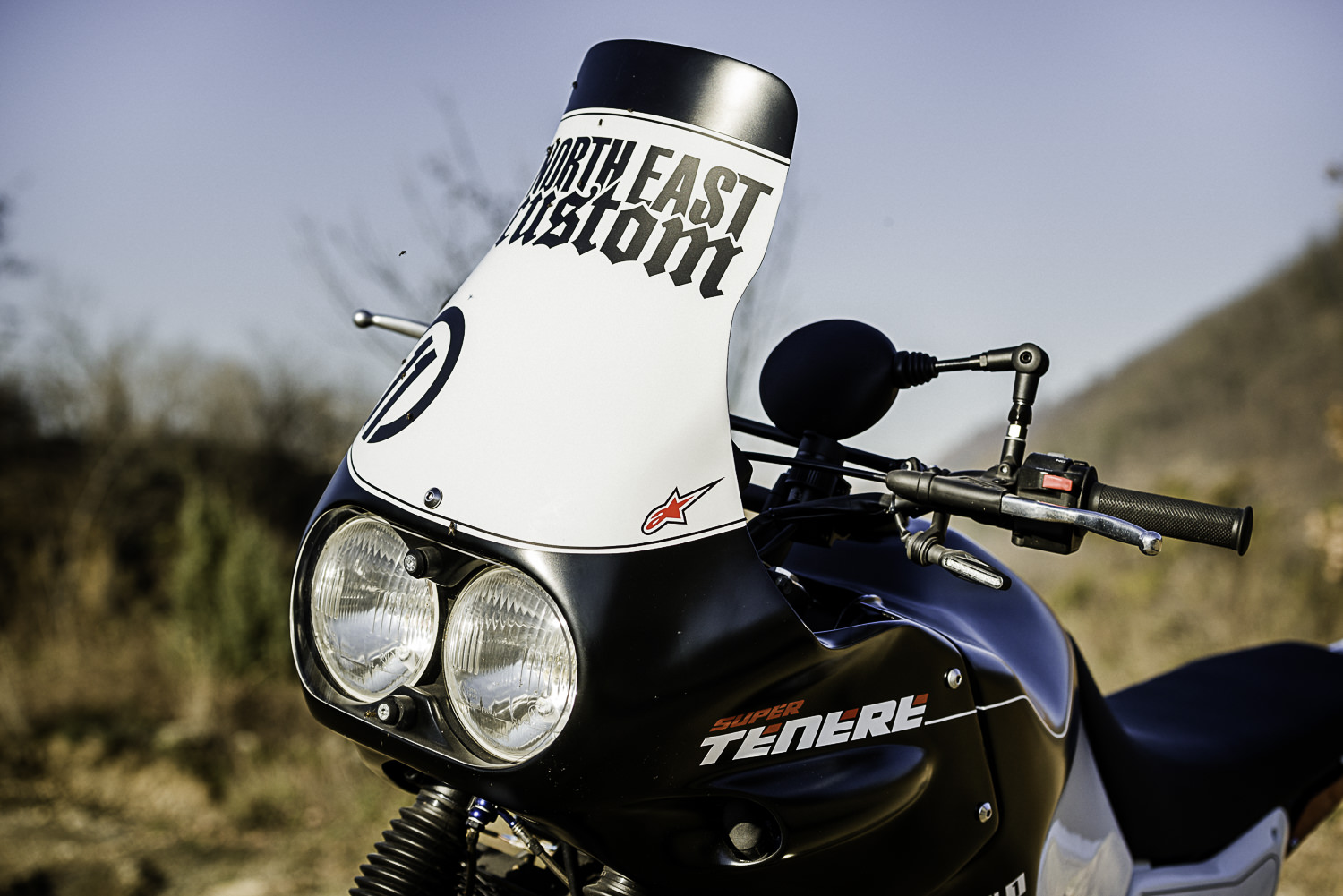 As for the livery, Diego and Riccardo shunned the Super Ténéré’s original 90s vibe for a contemporary mix of gloss white and matte black. Custom ‘Super Ténéré’ decals and sponsor logos add a hint of red—and a little extra race flair.

We’re not sure we’d survive even one grueling day of the Dakar. But for regular dual-sport riding with a little retro rally flavor, this Super Ténéré is just the ticket.