BUILDING A HONDA CBR600F FOR THE ROAD TRIP OF A LIFETIME

THE HONDA CBR600F is one of the great bargains in the motorcycling world. It’s fast, reliable, and beautifully engineered—and able to handle the daily commute as well as a spirited lap around the local racetrack.

A tidy example can be had for between $2,000 and $3,000 in the USA. For your money you get traditional Honda build quality, sharp and failsafe handling, and a peachy liquid-cooled DOHC inline four that pumps out 109 bhp. 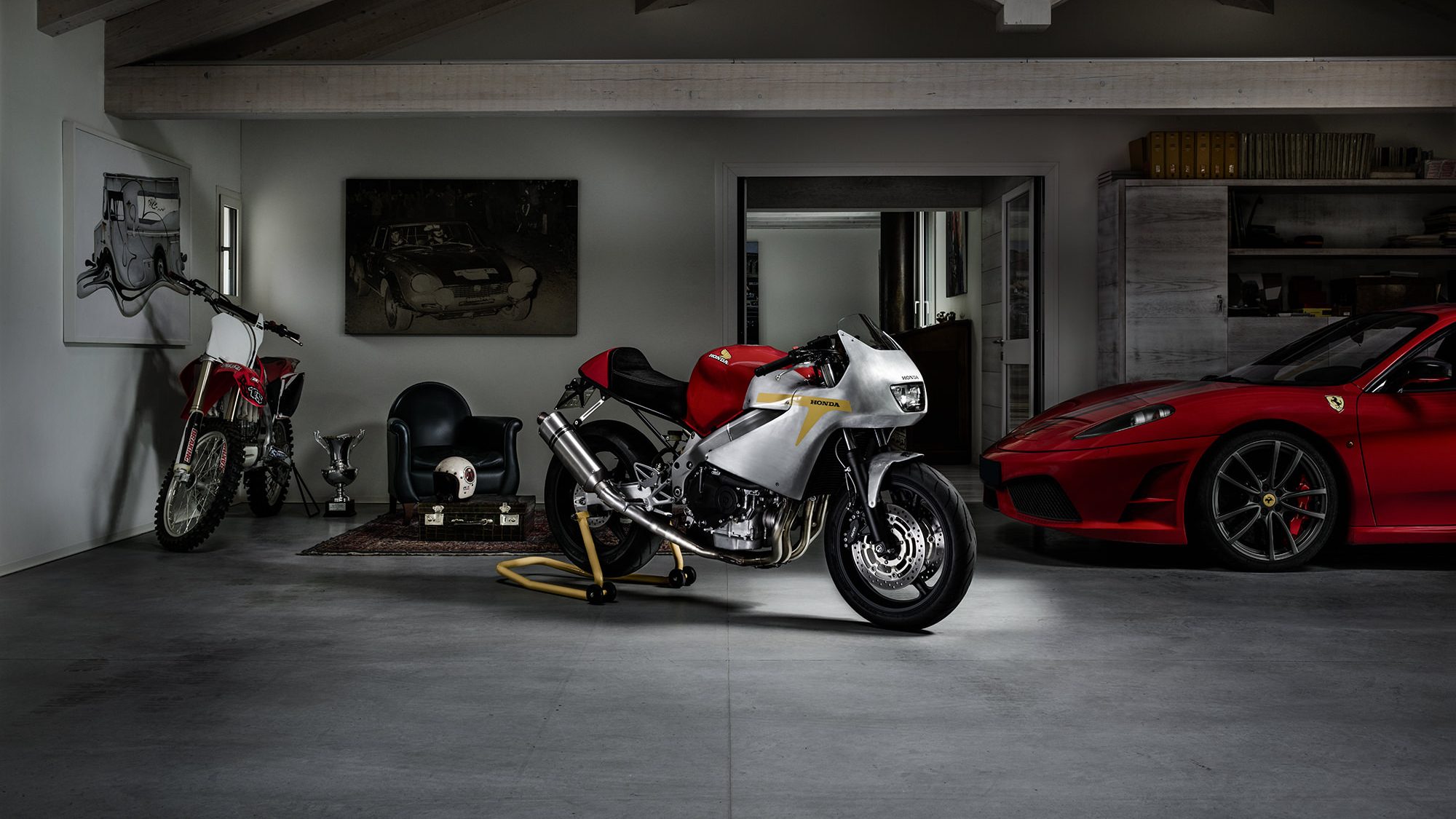 The styling of the CBR600F is perhaps its weakest point these days, unless you’re into sportbike plastics. Which makes the Honda the perfect candidate for a little custom work.

This beautiful 2001-spec CBR comes from Italy’s North East Custom, run by brothers Diego and Riccardo Coppiello. They’ve given the Honda a more retro flavor, without compromising any of the qualities that make it such a great road bike.

According to Diego, the build tied in with their client’s lifetime ambition—a visit to the Isle of Man TT.

This chap is 62 years old, and lives in Padova—so that’s a ride of almost 2,000 kilometers (1,250 miles) from his hometown to Liverpool, where the ferries leave for the island. It’s a three-day trip, so the Honda needed to be comfortable as well as stylish.

It’s worth noting that the owner already has an enviable collection of classic sportbikes—including a Suzuki RGV250, a Honda CBR900RR, an Aprilia RSV1000, a Laverda SF and a Ducati 996.

But for the dream trip, he chose his CBR600F. “It’s not beautiful, and it doesn’t have historical value,” says Diego. “But it’s comfortable for a sportbike, and perfect for our project.” 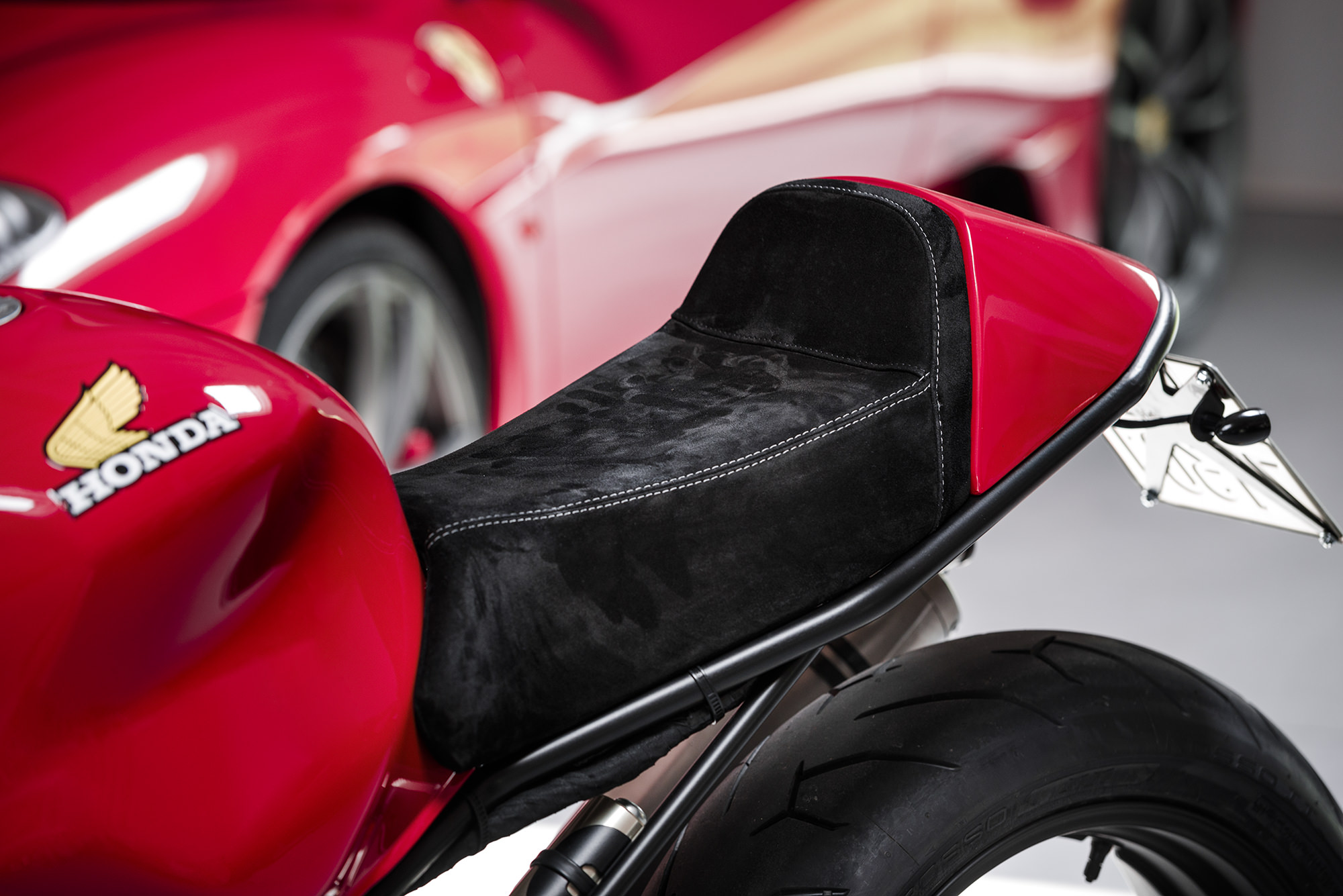 “We took inspiration from the Honda RC racers of the 1960s,” Diego adds.

“But the silver isn’t paint on this bike: it’s real aluminum. We made the fairing using traditional metal shaping methods and 0.9 mm sheet. It’s very light.”

Under the skin is a tiny metal frame, and leading the way is the headlight from a Yamaha FZR. The neat front fender is also in aluminum, and it’s hard to believe that North East have never worked with the material before.

“This is our first experiment with aluminum,” says Diego. “It’s incredible—malleable and very light.”

The back end of the CBR600F is all new, including the subframe, saddle and tail unit. The geometry hasn’t changed though: the excellent rider ergonomics are stock, and Diego describes them as ‘tourist geometry, comfortable for long trips.’

On the Isle of Man ride, the bike apparently had a bag on the fuel tank and another strapped to the rear. 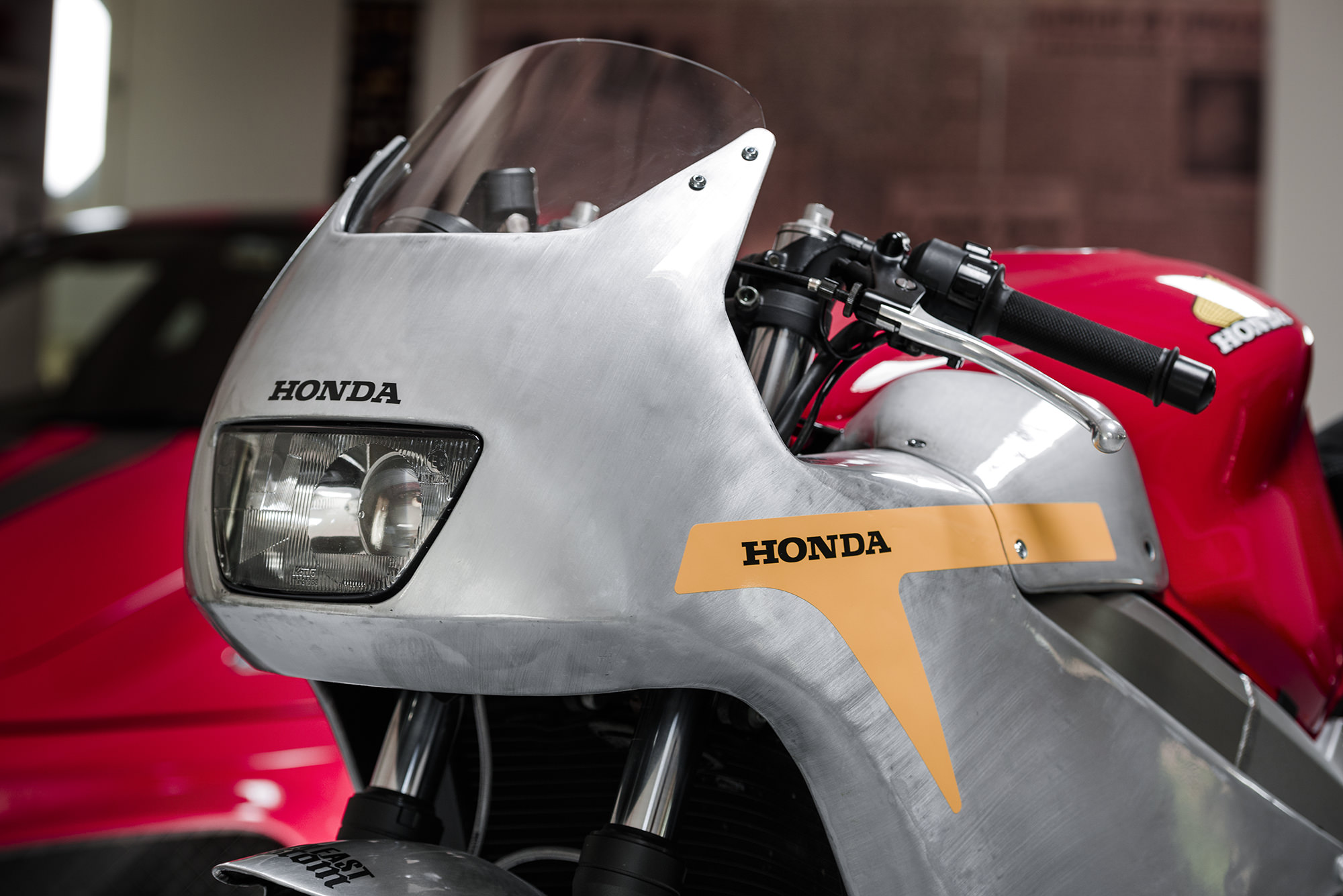 The new tail unit isn’t just a styling exercise though: it contains part of the electric system, including relays and the fuse box. And for extra comfort, there’s a gel layer under the suede seat.

The exhaust system below comes from Akrapovič, but it’s modified: North East shortened the muffler for a better visual fit with the rear end.

Sportbikes from the turn of the century don’t usually get our motors running, but this Honda ticks all our boxes. And we bet it attracted plenty of attention, even surrounded by the exotic machinery you find parked up on the Isle of Man at this time of year.

Anyone else feeling the urge to scan the classifieds for a cheap, low-mileage CBR600F right now?

The CBR on BIKE EXIF